Paybase has finally launched! As you may know, yesterday was the official launch date everyone has anxiously awaited. Previously, the world was introduced to Paycoin which has proven to be like an erupting volcano in the world digital currency. Now, with the launch of Paybase, Paycoin will we able to be used for making purchases worldwide. This is a very exciting time for Paycoin, for it is now that we will begin to see Paycoin live out its potential, which has only been projected till now. Paybase now will make Paycoin the most functional and accessible coin ever created.

Want to know what Paybase has in store? Josh Garza, industry leader of Paycoin, has provided a lot of helpful
insight in his recent interview with CCN. On the subject of Paycoin and Paybase, he is asked about the first
merchant integration with Amazon, the Paybase debit card, future plans, and what he feels about he and his  team’s progress. 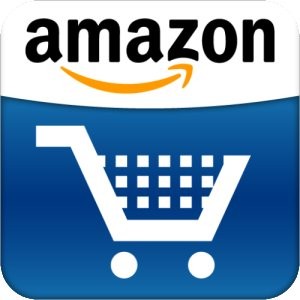 Josh says, “Tonight you will see the first merchant integration with Amazon search and shopping within PayBase.

You will be able to purchase directly from within the platform.” Wow, this is one of the big features everyone has been waiting to hear about. Not only is it the first merchant integration, but it’s with Amazon, a highly recognized site, and one of the biggest too.

When will other merchant integrations come?

Josh says that the other Paybase features will be brought in slowly so that the platform does not get overloaded with too much at first. He reminds us of how this happened previously.

If you have been wondering WHEN the Paybase debit card will be available, you are not alone. Everyone is
impatiently waiting for the time when the Paycoin debit card. In this interview Josh is asked when they will be coming out. This is what Josh had to say:

“We are finishing up the last regulatory features, but it is closer. We are working hard on making sure it is all proper and streamlining the process to have it done soon.” He assures everyone, “We will let you all know as soon as the last parts are done.”

Another interesting piece of news, the trading platform between Paycoin (XPY) and Bitcoin (BTC) is on its way.
There is much more in store for Paybase that we can look forward to. Paybase will be unlike any other Platform we have ever seen. The features in Paybase will be unique, especially since it will be dealing with digital money, primarily Paycoin.

To Josh: Has Paycoin Progressed Enough?

When asked to describe how things have gone so far, Josh touched on the Paycoin community. As a whole, he feels
the community has been great. There are many people who have been very critical of Paycoin and its leaders but it is the Paycoin believers who have made Paycoin what it has become and what it will grow to be. (As a side note), I have personally seen both sides of this within the Paycoin community, mostly in the Hashtalk forum. Some people simply
wanted to find a short term investment with Paycoin, others believe that it will pay off exponentially as a long
long term investment.

Josh Speaks about the Disbelievers

People who have opted for a  short term investment are sometimes called “dumpers”. “Dumping” Paycoin has been a few peoples’ less-than-strategic goal in mind. With the Paybase launch, this had been a real concern for people in the community.  A large number of people shared the fear that this would crash Paycoin’s value. Prior to the launch, this was probably one of the biggest issues on people’s minds. They didn’t want to see their investments go down the toilet.

Therfore, not surprisingly, Josh decided to comment on this. Overall, he sounded pleased and said that this did not end up happening like some were worried about.  To me, this  shows people’s belief in Paycoin - and thank goodness because it is a huge component of Paycoin’s stability.

Paycoin Has A Bright Future!

Josh Garza as well as countless others believe that Paycoin will continue to grow. If what we have seen thus far is an indicator, 2015 will be a very good year for Paycoin and Paybase. Josh has always stood firm as an industry leader that he and his team are working hard to spread Paycoin adoption and utilize Paybase as a catapult. He and the GAW team have already revolutionized the world of digital currency  with Paycoin and still have much more up their sleeves.

Share on TwitterShare on FacebookShare on Google+Share on Linkedin
Paybase