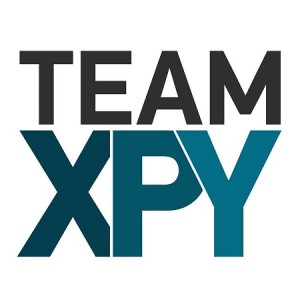 Team Paycoin is helping to get Paycoin to the masses!

Team Paycoin has been launched! Find out who Team Paycoin is and what the organization is doing for Paycoin digital money adoption.

Paycoin as we all know has had quite a rough…more like treacherous beginning. Part of the blame is that Paycoin was initially treated as just a mining field, both investors and GAW Miners asking, “how rich can we get?”, creating an opportunity for, you guessed it, exploitation. The desire for a quick payoff was made ever too tempting, with big names thrown around like Amazon and Target, and even loftier promises made to investors.

The Need for New Leadership

So now that the public realizes these were lies to get at their pocketbooks, where does this leave Paycoin? Paycoin’s name is tarnished- there is no argument about that. But who will see to it that Paycoin gets a second chance? That is where Team Paycoin has stepped in. This organization, unlike GAW, is not out to make money, they want Paycoin to succeed, and is actually dedicated and prepared to do so .

Team Paycoin will prove itself to the public not by making big promises but by making developments. The individuals that make up the team are experts in their fields, using their individual talents to see who are capable of seeing Paycoin to fruition.

Who is Team Paycoin?

Team Paycoin is a collaboration of experts in technical development and marketing who share an enthusiasm for Paycoin. This unique team has formed in an effort make Paycoin succeed and do what needs to be done to get Paycoin moving again.

- Protect the integrity of the Paycoin community.

- Produce useful and meaningful tools to help the community.

- Help grow a movement that changes the world.

As you can see, the goals of Team Paycoin are centered around the community and changing the world with Paycoin. These are very well laid out goals, as the people of the world will be responsible for deciding to use Paycoin. They have to trust in Paycoin and find it useful in their everyday lives. This is what Team Paycoin will be focussed on, as its mission to create Paycoin adoption by the masses.

What Team Paycoin is Doing Now

Team Paycoin is currently working over 20 different projects. Here are 3 things they are working on:

Paycoin Domains
Another development in the making for Team Paycoin, hundreds of online doamins will be issued to developers and many of them will be sold to raise funds.

Paycoin.tv
What could be better than entertaining videos to help spread the word about Paycoin. Paycoin. tv is currently in the works to make videos on Paycoin that people can learn from and share with others.

Paycoin Nascar
You can join this project to help grow Paycoin awareness! Team Paycoin is sponsoring a Nascar team at the Daytona 500 race!

Sounds pretty amazing… Not only is Team Paycoin working on all these projects, they are also working on web and app development. Paycoin has to get into the mainstream but when it does it need to be easy to use and adaptable. This is where new applications for the web comes in. These developments will ensure that Paycoin is usable by merchants and individuals.
Find out more about Team Paycoin or apply to join the team!